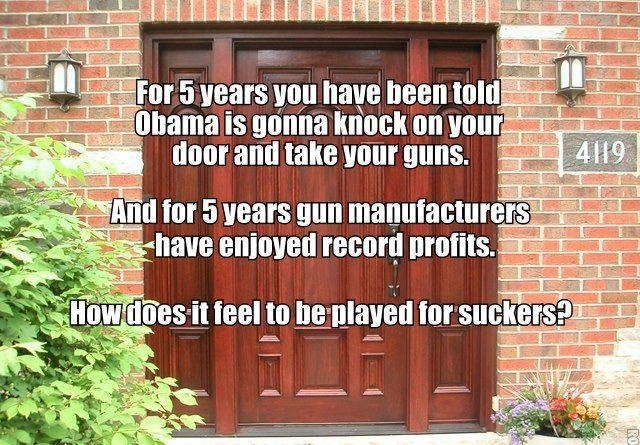 It was getting to the point that if I saw the Constitution brought up one more time by pro- gun Neocons I was going to scream.
The worse ones are those that believe they have the right to excessively arm themselves against a tyrannical Government stating that their gun would have to be pried out of their (dead) hand.
Do they really think their stash of arsenal is going to stop the Government from "getting" them? I highly doubt it, look at Waco, and recently, former LAPD policeman Dorner. They torched his arse!
Propaganda has a lot of Bubbas's up in arms, convinced that President Obama wants to totally disarm them. They can't see who really wants to disarm them and that is the U.N. but you don't see them raising a stink over that.....yet.